To put it succinctly, it's Pokemon.

Indeed there are a lot of differences from this iteration compared to the last: Fairy typing, Mega Evolutions, four "rivals", clothing to buy, skates, and much more. The most important of these is arguably an array of easy online features implemented into the series letting you trade and battle against random (human) trainers. Metagame players will have to deal with additional moves and rebalances, but for normal players the game still remains very loyal to its core: Grass/Fire/Water starters, random encounters, eight single type gyms, HMs needed to snag goodies, a villainous Team Flare organization, Elite Four & Champion, and a heaping of post-game content. 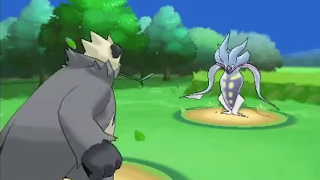 People play Pokemon for a variety of different reasons, ranging from a serious addiction for proving team synergy to the simple whimsy of wondering what cute creatures are found this time around. I explore the series somewhat casually, focusing on becoming champion and then comfortably retiring with my sextet of award-winning gamecocks. Personally, catching pokemon after my limelight serves no purpose and I'm not inclined to test my might against trainers online. Therefore the way in which I judge Pokemon, and have always judged Pokemon, has been as a straightforward singleplayer RPG.

From that perspective I repeat what I've already iterated above—not much has mechanically changed. What I enjoy most in Pokemon is forming my team and deciding what moves to obtain or keep. Trying to cover all angles against a chart of eighteen types and a myriad of type combinations is a pleasant mental gymnastic, especially when you're aiming to fill your positions with pokemon you actually want. My final team was comprised of a Chesnaught, Aegislash (my MVP), Blastoise, Pangoro, Tyrantrum and, of course, Yveltal. While I wasn't completely rounded (Blastoise was often the only one who could withstand a super effective hit), this was the only Pokemon game where I've been content with my entire ensemble, each one deserving of their berth.

The lull between testing poke-mettle against gym leaders was filled with simplistic sightseeing and monotype trainers. The game started off with juvenescent awe but around the 20th hour of my journey that marvel was drained through repetition. The most notable offender would be Team Flare, whose entire entourage consists ~10 pokemon that you fight over and over and over and over and over. The final bout with them is egregiously plodding and outstays its welcome before it really even begins; I'm unsure why Game Freak seems fine with lending its villains a scrimpy set of pokemon, especially since this game had three regions to draw from. It wasn't as offensive as Team Rocket's handful of poison types, but I expect a lot more progress to be made in the seventeen years since Red & Blue's debut (this gripe extends to the other games as well). 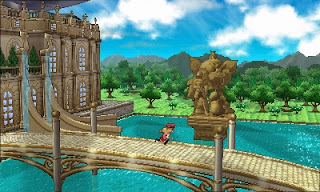 While I grew weary of the predictable battles, I was entertained with some encounters—particularly the Elite Four. However by late game my team's arsenal was solidified and I didn't experiment around with new abilities, opting for an almost mechanical use of high power attack moves no matter who was up to bat. This is largely a fault of my propensity towards offensive types but conversely the game didn't demand that I change up my tactics, allowing me to take the Champion's glittering tiara by brute force alone. This samey-ness did wear on me by the end and I was glad the adventure ended when it did.

Besides the gameplay (which is what you spend most of your time experiencing) there are certainly other aspects going for this entry. Visuals are sharp and the transition to 3D is nice, as water glistens and cities bustle. On the battlefield the pokemon models are replete with their own set of animations (which is impressive given the vast amount of them), the only drawback being the stuttering plague of slowdown during bigger fights. Dialogue remains reasonably charming and the plot shifts from the moral ambiguity of Black & White back to a more traditional story, including a strange lore regarding a three thousand year old king that finds its conclusion shoehorned in come credits time. Oh, and healing at pokecenters is faster too, thank god.

X & Y are fantastic entries to jump into for someone that's only played the original games, and a great experience for those that skip every other handheld generation. But considering that Heart Gold & Soul Silver came out in 2010, Black & White in 2011 and Black & White 2 in 2012, I don't think enough of the mechanics have developed for me to lavish the game with high praise compared against its predecessors. Fans of the series will be steeled against such criticism and will most likely be left ecstatic, finding its breadth of content justifying the price tag. But for me, in the end, I'm left wanting just a little bit more.

Images obtained from: tenminutegamereview.blogspot.com, polygon.com, guardian.com
Posted by DGM at 6:39 PM No comments: 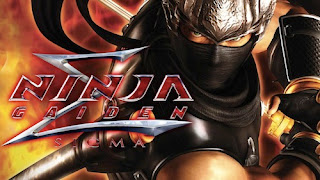 I finished going through Sigma for the first time, making it my sixth run through of the "original" Ninja Gaiden campaign (2x NG, 3x NGB, 1x Sigma). Besides wishing that harder difficulties were unlocked at the outset, I stand in complete reverence to the game mechanics each and every time I pick up the controller. At the core of the beast is the smooth-as-butter gameplay, where Ryu runs, rolls and slices the moment the player hits a particular button; while such a thing is easily noticeable in any action game, this is punctuated here due to the crisp speed of the animation. Needing to dodge or execute an attack at a moment's notice makes the player feel like they’re in absolute control of Ryu, not just conscious of where the block & heavy attack buttons are like various middling action games. This is complemented well since the enemies are fast, smart and aggressive, pinning the player to a wall with a spry lunge or popping up behind them for a not-so-friendly grab. Running a rigmarole of split-second calculations—like figuring out which combos you can execute on a nearby fiend in order to quickly nab a blue essence for a landing UT against an incoming Arioch—is what Ninja Gaiden truly excels at.

The high difficulty is another reason I enjoy delving into the shoes of Ryu Hyabusa, as it makes few attempts to coddle the inexperienced (even Ninja Dog mode still demands the understanding of core mechanics). The game doesn't just let you inhabit an avatar of great strength—it demands you make Ryu into the chill, dominant character he resembles in the cutscenes. It also plummets you headfirst into the action and refuses to let up, hitting hard with Murai, Masakado and the black spider ninjas. The inclusion of dozens of healing items sprinkled throughout the chapters does make the affair pretty manageable (if you can set aside frugal inclinations), but the fights themselves continue to have bite even on the sixth go for me. This is thanks to a large enemy variety, although how fun some of them are to fight may differ largely from person to person... like the Ghost Fish. 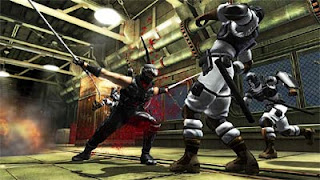 On this playthrough I tried to spice it up a bit by only giving myself the Dragon Sword for specific boss fights, opting to use the other weapons in Ryu's arsenal once I obtained them. Realizing the strengths and weaknesses of each weapon slowly over the course of the journey was personally fascinating and rarely frustrating; I felt like I had a wider array of ways to handle the encounters in each chapter (though the Dragon Sword still remains most versatile). It felt fantastic to get decent with the flails—a weapon I previously saved solely for the fishy aberrations—and learn how flexible the Dragon's Claw and Tiger Fang blades are, minus their achilles heel of a slow startup. Perhaps the greatest accomplishment is when a moveset becomes embedded into your memory and can be used precisely when you want to; the fluidity of executing a perfect series of strikes as you nimbly block between flanking attacks is oh-so-satisfying.

Beyond the traditional gameplay I've grown accustomed to over the years, Sigma reintroduced me again to Rachel—or rather, her gameplay segments. They are, to put it bluntly, pretty terrible. I partly say this because I'm inexperienced to her playstyle and begrudgingly tolerate the War Hammer (my least favorite unique weapon in the game), but also because she doesn't move nearly as smooth as Ryu. While I understand the thematic reasons behind making her so specialized, forcing the player to jump from Ryu's story over to her forgettable segments broke up the overall pacing and felt needless. Making her sections optional, or side-missions, or at least selectable from the main menu would've helped, as I now dread a playthrough on Hard or Very Hard using her. I didn't ask for this, and I'm unsure who did. 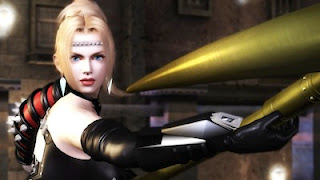 The other changes from Black to Sigma are... interesting. The canals have been replaced with straighter, more streamlined tunnels, along with an obnoxious mermaid-like enemy that's difficult to confront as they dangle above water. Due to the forced fight with them in combination with the flying drones, this makes the entire area just about as boring as it would be in vanilla. Ore is no longer required to be collected for making the metal plate in the ice and lava caverns, and the fire worm section has been completely replaced by a sole fire worm battle (which has multiple of them hunting you with only one health bar requiring depletion). The most fascinating change to me is the deletion of the claustrophobic parasite-ridden temple with a trio of Knightmares, which are still the hardest enemy in the entire game for me (and therefore quite unfitting for a Normal playthrough). The other minor changes are enemy arrangements and chest goodies, which aren't really worth mentioning (although the penultimate chapter's tower only contains bulky enemies on each floor, which is somewhat dull to churn through). Music itself has taken some overhaul, with boss themes being changed out, including Alma's which seems like an odd decision. Most of these may seem like knee-jerk reactions from someone very accustomed to the original Xbox editions, and I must confess that I have no real defense against this particular criticism.

Besides those, it was a pleasant and entertaining experience overall. I think I still prefer Black upon review if only for the absence of the Rachel segments, but both games are nonetheless fiercely sublime (plus Sigma gets DC&TF which is a joy to mess around with). Looking back on this iteration fills my heart with a gentle warmth, partly because I know the days of Team Ninja's unparalleled workmanship are now behind us.

Images obtained from: thescrubdaily, cheatcc, ninjagaiden.wikia
Posted by DGM at 4:09 PM No comments: 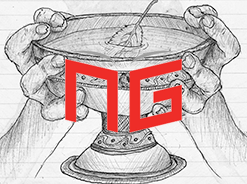